“The Illusion of freedom will continue as long as it’s profitable to continue the illusion. At the point where the illusion becomes too expensive to maintain, they will pull back the curtains, they will move the tables and chairs out of the way and you will see the brick wall at the back of the theater.”  – Frank Zappa (Hat Tip to DIspatches From The Asylum)

The following article reveals  what you afraid-of-your-own-shadow  herd-members truly need to fear, as opposed to the made up common flu ‘pandemic’, which has had all of you tied up in panicked, little knots for the last three months. 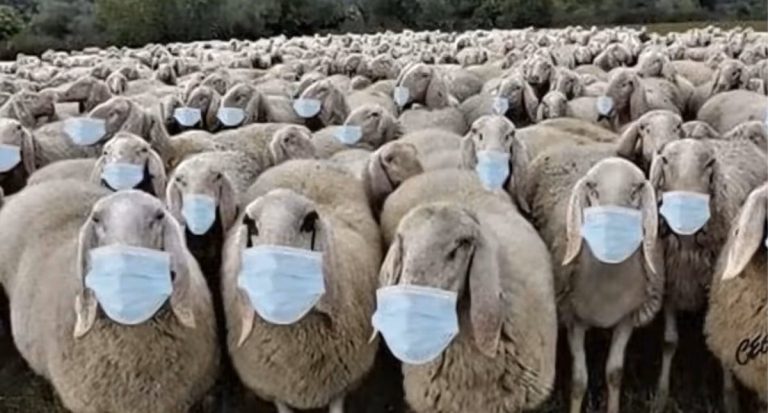 The economic fiasco, which has been created (foisted upon us) by the Anglo-Zionist vermin and their Covid-19 mind-fuck, has already begun. And over the next days and months, all of us might get to experience what our parents and grandparents experienced, during the great depression. Only our situation will be much worse than theirs, since they were made of much stronger stuff: they weren’t weak and whiny-ass snowflakes who faint at the slightest criticism or problem.

We are all in for a disastrous economic-ride that will, most likely, not end until the vast majority of us are either destitute or dead. And we have the 1% Anglo-Zionist scum at the top of this capitalist-pig cesspool to thank (Study: Coronavirus Has Been A Massive Boon For America’s Billionaires).

Read and weep little sheep to the slaughter:

Basing one’s decisions on analogs from the past is entering a fool’s paradise of folly.

Like addicts who cannot control their cravings, financial analysts cannot stop themselves from seeking some analog situation in the past which will clarify the swirling chaos in their crystal balls. So we’ve been swamped with charts overlaying recent stock market action over 1929, 1987,2000 and 2008–though the closest analogy is actually the Oil Shock of 1973, an exogenous shock to a weakening, fragile economy.

But the reality is there is no analogous situation in the past to the present, and so all the predictions based on past performance will be misleading. The chartists and analysts claim that all markets act on the same patterns, which are reflections of human nature, and so seeking correlations of volatility and valuation that “worked” in the past will work in 2020.

Does anyone really believe the correlations of the past decade or two are high-probability predictors of the future as the entire brittle construct of fictional capital and extremes of globalization and financialization all unravel at once?

Here are a few of the many consequential differences between all previous recessions and the current situation:

1. Households have never been so dependent on debt as a substitute for stagnating wages.

2. Real earnings (adjusted for inflation) have never been so stagnant for the bottom 90% for so long.

3. Corporations have never been so dependent on debt (selling bonds or taking on loans) to fund money-losing operations (see Netflix) or stock buybacks designed to saddle the company with debt service expenses to enrich insiders.

4. The stock market has never been so dependent on what amounts to fraud–stock buybacks–to push valuations higher.

5. The economy has never been so dependent on absurdly overvalued stock valuations to prop up pension funds and the spending of the top 10% who own 85% of all stocks, i.e. “the wealth effect.”

6. The economy and the stock market have never been so dependent on central bank free money for financiers and corporations, money creation for the few at the expense of the many, what amounts to an embezzlement scheme.

7. Federal statistics have never been so gamed, rigged or distorted to support a neofeudal agenda of claiming a level of wide-spread prosperity that is entirely fictitious.

8. Major sectors of the economy have never been such rackets, i.e. cartels and quasi-monopolies that use obscure pricing and manipulation of government mandates to maximize profits while the quality and quantity of the goods and services they produce declines.

9. The economy has never been in such thrall to sociopaths who have mastered the exploitation of the letter of the law while completely overturning the spirit of the law.

10. Households and companies have never been so dependent on “free money” gained from asset appreciation based on speculation, not an actual increase in productivity or value.

11. The ascendancy of self-interest as the one organizing directive in politics and finance has never been so complete, and the resulting moral rot never more pervasive.

12. The dependence on fictitious capital masquerading as “wealth” has never been greater.

13. The dependence on simulacra, simulations and false fronts to hide the decay of trust, credibility, transparency and accountability has never been so pervasive and complete.

14. The corrupt linkage of political power, media ownership, “national security” agencies and corporate power has never been so widely accepted as “normal” and “unavoidable.”

15. Primary institutions such as higher education, healthcare and national defense have never been so dysfunctional, ineffective, sclerotic, resistant to reform or costly.

16. The economy has never been so dependent on constant central bank manipulation of the stock and housing markets.

17. The economy has never been so fragile or brittle, and so dependent on convenient fictions to stave off a crash in asset valuations.

18. Never before in U.S. history have the most valuable corporations all been engaged in selling goods and services that actively reduce productivity and human happiness.

This is only a selection of a much longer list, but you get the idea. Basing one’s decisions on analogs from the past is entering a fool’s paradise of folly.