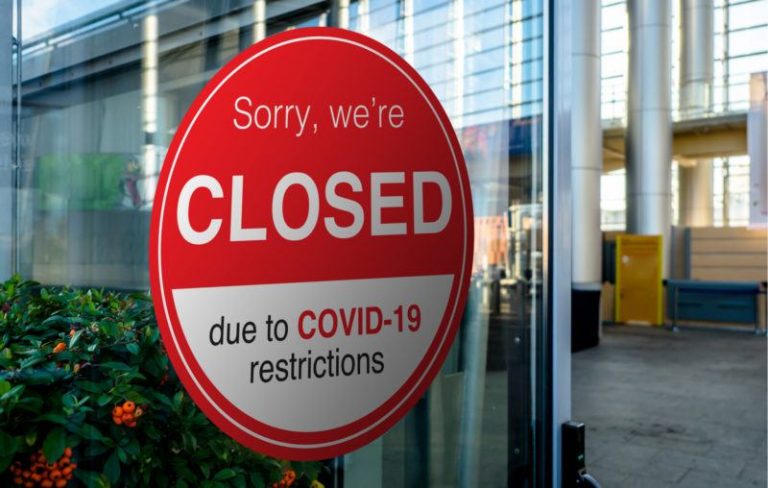 Also see: COVID: Jim West Expands His Research On Pollution (Not The Virus)

“If we don’t listen to that scream—and if we don’t respond to it—we may well wind up sitting amidst our own rubble, looking for the truck that hit us—or the bomb that pulverized us. Get the license number of whatever it was that destroyed the dream. And I think we will find that the vehicle was registered in our own name.” – Rod Serling – – (Hat-Tip to Dispatches From The Asylum)

Quote from the article below:

“…In other words, it was a high-school science experiment that eventually became law of the land, and through a circuitous route propelled not by science but politics…”

(The corporate-capitalist scum have turned science into a religious curse on humanity!)

Read these two ‘also see’ articles, and then check out the shocker in the following piece. And then proceed to attempt to convince me that this entire Covid-19 ‘pandemic’ has been anything other than a baldfaced lie. Covid-19 is a criminal lie, which has been perpetrated on we the individuals (humanity) for one purpose only; so a few inbred, web-toed freaks of nature could get a little closer to completely controlling us and ruling the world.

I will say it again, this COVID-19 baldfaced lie is staring you right in the face, little “We’re All in This Together” snowflakes. And these inbred vermin will now continue to pull this kind of criminal shit on you, and the rest of us, time and time again. And you want to know why they will continue to do this, little card-carrying herd member? Because these Anglo-Zionist vermin are now certain that they can get away with this kind of heinous crime against humanity, because you have thoroughly proven to them that you are sheep and cattle to be led here and there, doing this and that as commanded, and without ever questioning what’s happening to you and those around you. And these inbred creatures also know that you never listen to those of us trying to warn and help you.

This will be the inheritance that you leave behind for your children and grandchildren, little snowflakes: a never ending nightmare, a never ending hell on earth:

“….The coming economic depression will be blamed on the Alien-Terrorist-Death-Flu, rather than on the lockdown that caused it. Millions of people will be condemned to extreme poverty, or debt-enslaved for the rest of their lives, but they’ll be too busy trying to survive to mount any kind of broad resistance.

The children, of course, won’t know any better. They will grow up with their “isolation boxes,” and “protective barriers,” and “contact tracing,” and they will live in constant low-grade fear of another killer virus, or terrorist attack, or Russian-backed white supremacist uprising, or whatever boogeyman might next appear to menace the global capitalist empire, which, it goes without saying, will be just fine…” (Brave New Normal)

The 2006 Origins of the Lockdown Idea

Now begins the grand effort, on display in thousands of articles and news broadcasts daily, somehow to normalize the lockdown and all its destruction of the last two months. We didn’t lock down almost the entire country in 1968/69, 1957, or 1949-1952, or even during 1918. But in a terrifying few days in March 2020, it happened to all of us, causing an avalanche of social, cultural, and economic destruction that will ring through the ages.

There was nothing normal about it all. We’ll be trying to figure out what happened to us for decades hence.

How did a temporary plan to preserve hospital capacity turn into two-to-three months of near-universal house arrest that ended up causing worker furloughs at 256 hospitals, a stoppage of international travel, a 40% job loss among people earning less than $40K per year, devastation of every economic sector, mass confusion and demoralization, a complete ignoring of all fundamental rights and liberties, not to mention the mass confiscation of private property with forced closures of millions of businesses?

Whatever the answer, it’s got to be a bizarre tale. What’s truly surprising is just how recent the theory behind lockdown and forced distancing actually is. So far as anyone can tell, the intellectual machinery that made this mess was invented 14 years ago, and not by epidemiologists but by computer-simulation modelers. It was adopted not by experienced doctors – they warned ferociously against it – but by politicians.

Let’s start with the phrase social distancing, which has mutated into forced human separation. The first I had heard it was in the 2011 movie Contagion. The first time it appeared in the New York Times was February 12, 2006:

If the avian flu goes pandemic while Tamiflu and vaccines are still in short supply, experts say, the only protection most Americans will have is “social distancing,” which is the new politically correct way of saying “quarantine.”

But distancing also encompasses less drastic measures, like wearing face masks, staying out of elevators — and the [elbow] bump. Such stratagems, those experts say, will rewrite the ways we interact, at least during the weeks when the waves of influenza are washing over us.

Maybe you don’t remember that the avian flu of 2006 didn’t amount to much. It’s true, despite all the extreme warnings about its lethality, H5N1 didn’t turn into much at all. What it did do, however, was send the existing president, George W. Bush, to the library to read about the 1918 flu and its catastrophic results. He asked for some experts to submit some plans to him about what to do when the real thing comes along.

Fourteen years ago, two federal government doctors, Richard Hatchett and Carter Mecher, met with a colleague at a burger joint in suburban Washington for a final review of a proposal they knew would be treated like a piñata: telling Americans to stay home from work and school the next time the country was hit by a deadly pandemic.

When they presented their plan not long after, it was met with skepticism and a degree of ridicule by senior officials, who like others in the United States had grown accustomed to relying on the pharmaceutical industry, with its ever-growing array of new treatments, to confront evolving health challenges.

Drs. Hatchett and Mecher were proposing instead that Americans in some places might have to turn back to an approach, self-isolation, first widely employed in the Middle Ages.

How that idea — born out of a request by President George W. Bush to ensure the nation was better prepared for the next contagious disease outbreak — became the heart of the national playbook for responding to a pandemic is one of the untold stories of the coronavirus crisis.

It brought their work together with that of a Defense Department team assigned to a similar task.

And it had some unexpected detours, including a deep dive into the history of the 1918 Spanish flu and an important discovery kicked off by a high school research project pursued by the daughter of a scientist at the Sandia National Laboratories.

The concept of social distancing is now intimately familiar to almost everyone. But as it first made its way through the federal bureaucracy in 2006 and 2007, it was viewed as impractical, unnecessary and politically infeasible.

Notice that in the course of this planning, neither legal nor economic experts were brought in to consult and advise. Instead it fell to Mecher (formerly of Chicago and an intensive care doctor with no previous expertise in pandemics) and the oncologist Hatchett.

But what is this mention of the high-school daughter of 14? Her name is Laura M. Glass, and she recently declined to be interviewed when the Albuquerque Journal did a deep dive of this history.

Laura, with some guidance from her dad, devised a computer simulation that showed how people – family members, co-workers, students in schools, people in social situations – interact. What she discovered was that school kids come in contact with about 140 people a day, more than any other group. Based on that finding, her program showed that in a hypothetical town of 10,000 people, 5,000 would be infected during a pandemic if no measures were taken, but only 500 would be infected if the schools were closed.

Laura’s name appears on the foundational paper arguing for lockdowns and forced human separation. That paper is Targeted Social Distancing Designs for Pandemic Influenza (2006). It set out a model for forced separation and applied it with good results backwards in time to 1957. They conclude with a chilling call for what amounts to a totalitarian lockdown, all stated very matter-of-factly.

Implementation of social distancing strategies is challenging. They likely must be imposed for the duration of the local epidemic and possibly until a strain-specific vaccine is developed and distributed. If compliance with the strategy is high over this period, an epidemic within a community can be averted. However, if neighboring communities do not also use these interventions, infected neighbors will continue to introduce influenza and prolong the local epidemic, albeit at a depressed level more easily accommodated by healthcare systems.

In other words, it was a high-school science experiment that eventually became law of the land, and through a circuitous route propelled not by science but politics…

The rest of the article can be found here: