The Republican Party of Texas executive committee has taken a heroic action that could serve as an example for Republican and Democratic parties across America. It has adopted, by a 54 to 4 vote, a resolution clearly and emphatically demanding that Texas Governor Greg Abbott immediately end all the liberty-repressing measures that, over the last six months while the state legislature has been in recess, Abbott has imposed unilaterally in the name of countering coronavirus.

The rebuke and demand of the resolution are particularly strong given that they come from Abbott’s own party.

The resolution repeatedly and strongly condemns state and local government measures taken in Texas purportedly to counter coronavirus. It states, for example, that “egregious government overreach has resulted in unthinkable depredations upon the people of Texas, including millions left unemployed, countless businesses bankrupt or on the verge of bankruptcy, nursing home residents dying alone and isolated, lives ruined and dreams destroyed.”

The resolution concludes with this strong and clear demand:

DB Note: The beginning of the end of this CV-19 crime against humanity has begun: first it was Ohio, then Pennsylvania, and now it is the republican party in Texas calling out this most heinous of all boldfaced-lies. Every flood begins with a tiny amount of water spilling over the banks, but soon the flood gates open, and the deluge comes and does its job!

“The further a society drifts from the truth, the more it will hate those who speak it.” George Orwell

“If you are too weak to give yourselves your own law, then a tyrant shall lay his yoke upon you and say:” Obey! Clench your teeth and obey!” “And all good and evil shall be drowned in obedience to him.”

“A government, at bottom, is nothing more than a gang of men, and as a practical matter most of them are inferior men … Government is actually the worst failure of civilized man. There has never been a really good one, and even those that are most tolerable are arbitrary, cruel, grasping and unintelligent. Indeed, it would not be far wrong to describe the best as the common enemy of all decent citizens.”

The following 19 minute video not only proclaims the facts (the truth), which you cowardly-sheep still willfully reject, it also expresses the utter frustration and seething anger that folks, like me, have had to deal with, day and night, for the last six months:

The Pandemic is a Test Run

The death cult that wants to suppress humanity has issued their warning: the lockdown of the world in the name of the global scamdemic is not the end of this madness. It is only the beginning. Join James for this week’s edition of #PropagandaWatch as he dissects the latest attempt to leverage the climate scam on the back of the COVID scam, and how both of these distractions are being used to indoctrinate the public into the death cult.

What would happen if the world reacted to climate change like it’s reacting to the coronavirus? (May Boeve and others)

Weather Is Not Climate!

Source: The Pandemic is a Test Run – #PropagandaWatch : The Corbett Report 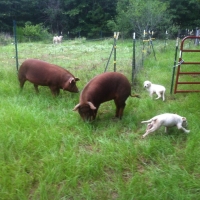 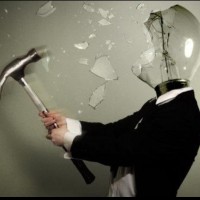